When I went to Target Wednesday, I discovered a baseball value pack sitting on the shelf. It caught my interest because there was a 2010 Topps 206 (T206) pack in the very front window of the box. I thought to myself, Man would it be nice to get that mini Strasburg out of that pack! But I knew deep down inside that wasn't going to happen. I didn't know it at the time, but when I handed over the money at the register, I had just become the owner of a Strasburg T206 mini card! Here are the cards that I pulled from the package below. 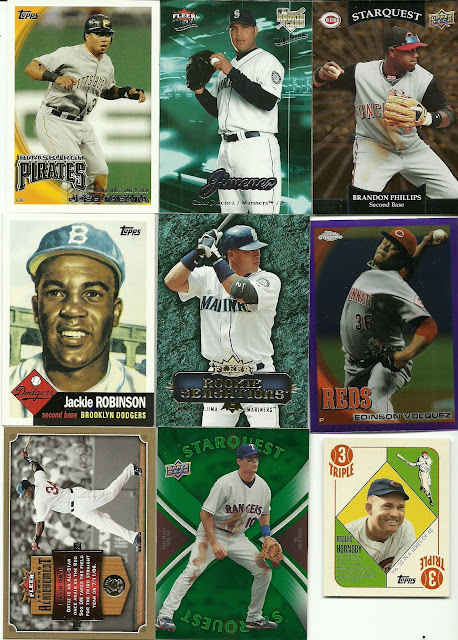 I thought that these were some decent cards to get from the random packs. 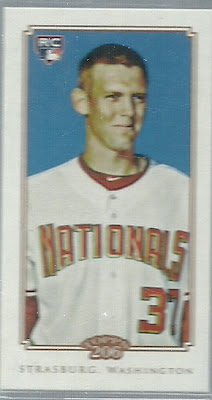 This made my whole week. I have wanted one of these ever since I saw it on ebay in 2010. I finally have one now! Im very excited. (FYI - bluriness and scratches are blemishes from the toploader.)

What makes a Strasburg mini rookie card from T206 even cooler? 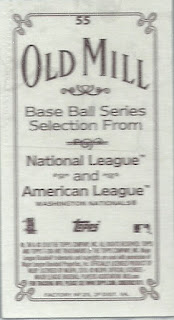 That's right. An Old Mill back!

All in all, this card is up there in my top TEN favorite cards I own. It's not up for trade or sale, but does anybody have any word on how much this card could sell for? If so, please LMK in the comments below! Thanks!!
Posted by Scott Hubbard at 5:30 PM 2 comments:

Well, I got off of work today, and decided to dig into some older chrome at the hobby store. I didn't really collect chrome in 2008, but now I have some! Anyways the box was $50, so I think that I pretty much made my money back. Here are the highlights... 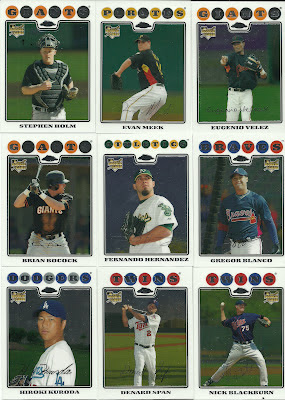 Might as well get it started off with the highlighted rookies. Not too bad as far as rookies go! 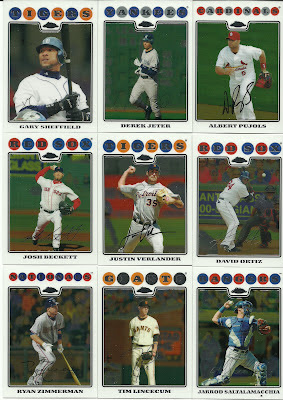 Here are some of the more desirable base cards. 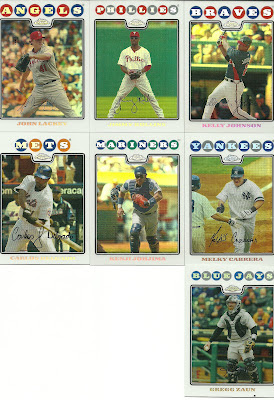 Here are the refractors I got in this box. I have to say that the Rollins refractor is probably the nicest. 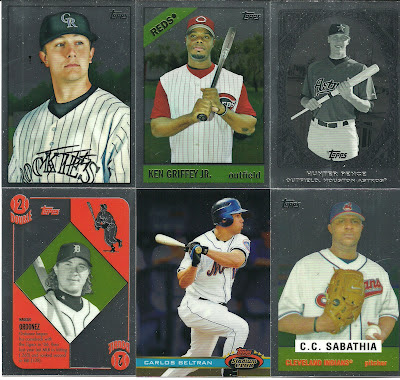 These are all Topps trading card history insert cards. The Tulo and the Sabathia are the nicest I think.

These are the Mantle chrome inserts that I got. MMSC51-MMSC53 (odd that they were consecutive right? trust me, it gets better!) 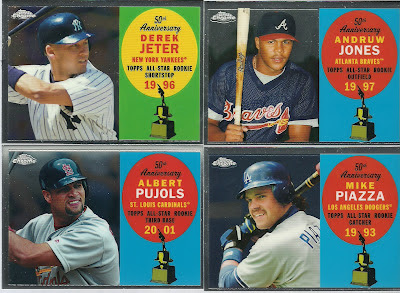 Here are the chrome 50TH anniversary inserts. The Pujols and the Jeter both book about $5 a piece, from what I have seen in my priceguide. 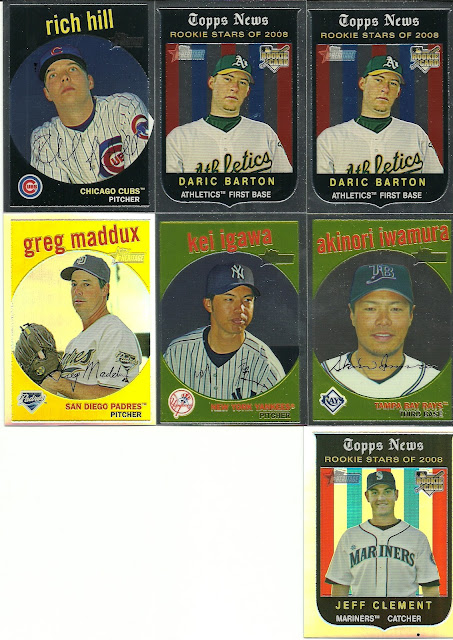 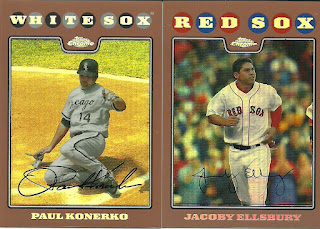 Two copper refractors. Ellsbury will NOT be for trade or sale. Both really pretty cards. 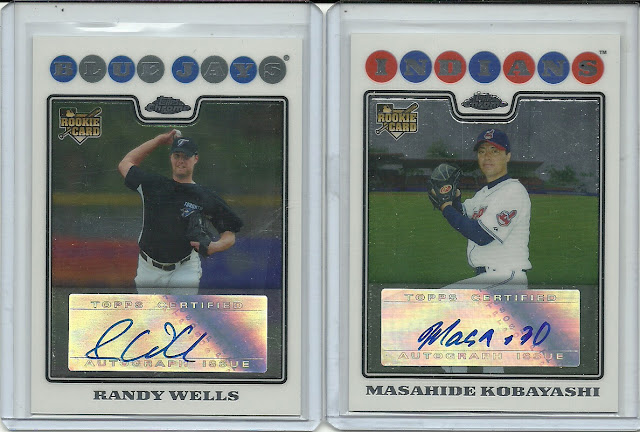 And finally my 2 autos.(Randy Wells, and Masahide Kobayashi) I was hoping more for that Clay Buchholz auto, but obviously that didn't happen. Im really happy with any auto so these were nice regardless. I dont really know either of these guys, so a helpful comment would be GREATLY appreciated! Anyways, if anybody would like to trade any of these cards just shoot me an email and I will get back to you ASAP! THANKS!
Posted by Scott Hubbard at 12:12 PM No comments:

While looking around at Wal-Mart today, I discovered a HOT rack pack sitting on the shelf from 2011 Topps football. While I don't collect many football cards at all, I figured that I should get it anyways. Especially since it was marked down from 5 dollars to 2! I also dont follow football that much. The only football teams I will watch play are the Patriots, and the Steelers ( ONLY when Polamalu is playing). Oddly enough, I pulled this really awesome Polamalu card! He is BY FAR my favorite player in the NFL, but it's odd that the hit was of my favorite player. Im surprised I didn't pull somebody I don't know. Anyways, here is the hit! I'm not sure if I would be willing to trade or sell, but hit me up with some offers, and this card could VERY WELL be yours! 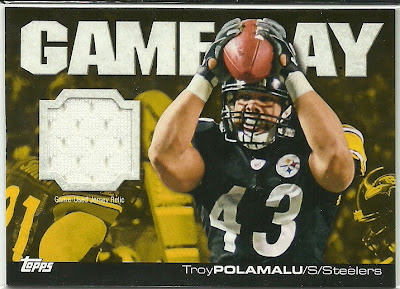 Posted by Scott Hubbard at 6:25 PM No comments: