Hey guys! Hope everybody is doing well out there in the blogosphere! Today I will be showing off some cards I havebought off of Youtube and Ebay with you. These two cards are really sweet, so here they are! 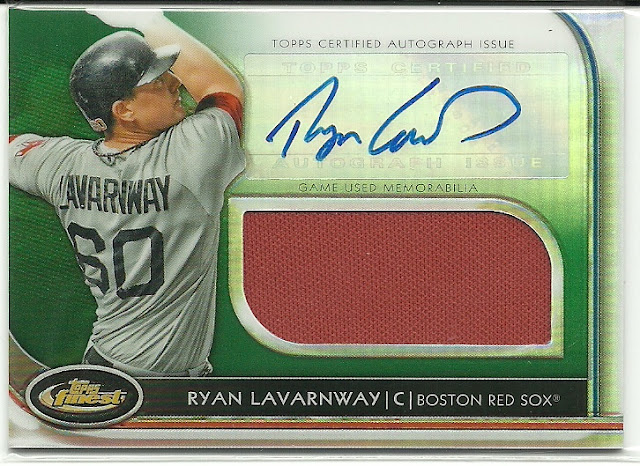 First card is a Ryan Lavarnway Autograph jumbo relic numbered to 199. Bought the card off of Ebay. Pretty cool card! Lavarnway will be Boston's future catcher I think, so hopefully he turns out to be a hustle hard playing player. 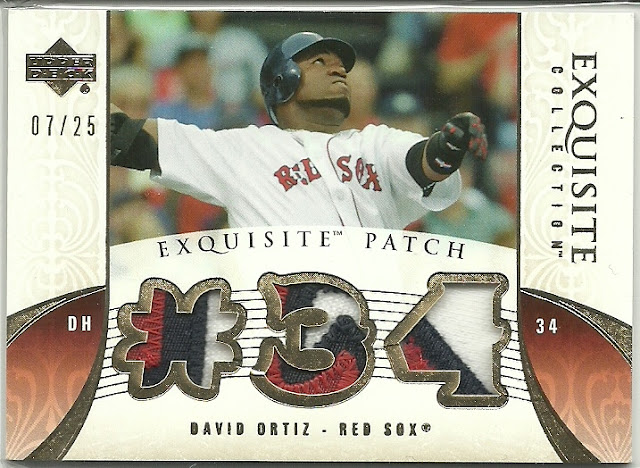 Talk about some serious patch mojo on this Ortiz Exquisite Collection triple patch card numbered to 25. Got it off a guy on Youtube for $33 dollars including shipping. I'm sorry guys, but that can NOT be beat! Hope you guys enjoyed, peace out!

Finishing my weekend off at War Memorial Stadium.

Another weekend went by, playing as hard as I could with as much enthusiasm as I could show. It was a long weekend, I'll just leave it at that. I got to pitch again today which brings me to my 4th outing with my RBA South showcase team. Hopefully it made an impression to any scouts who were there. I now hold a 0.00 ERA for my team and I feel better about my arm than I ever have before. I still haven't allowed a hit in any of my four outings which is a milestone for me, one that I will try to extend into next weekend when we are in Hampton Sydney Va. Anyway, I will show you some more pictures of the field and me. Feel free to comment! 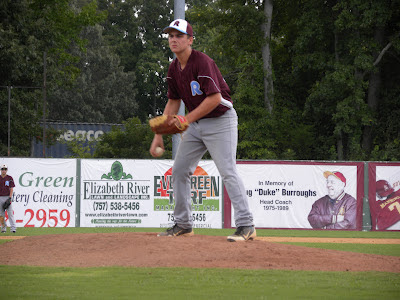 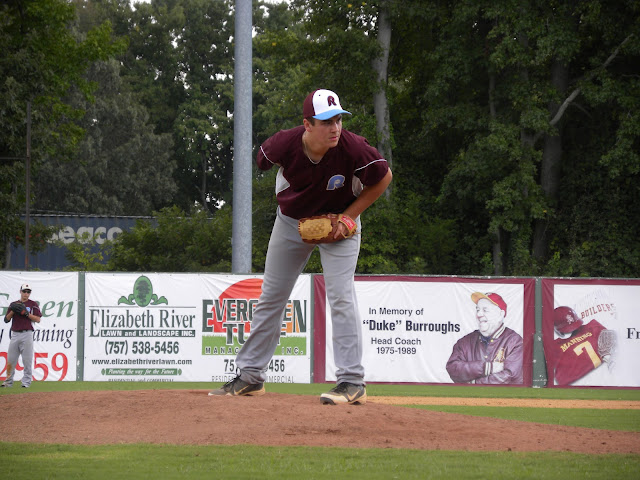 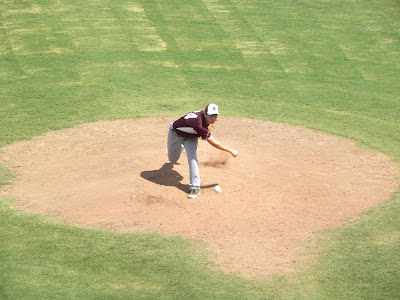 Some pictures from the skybox! 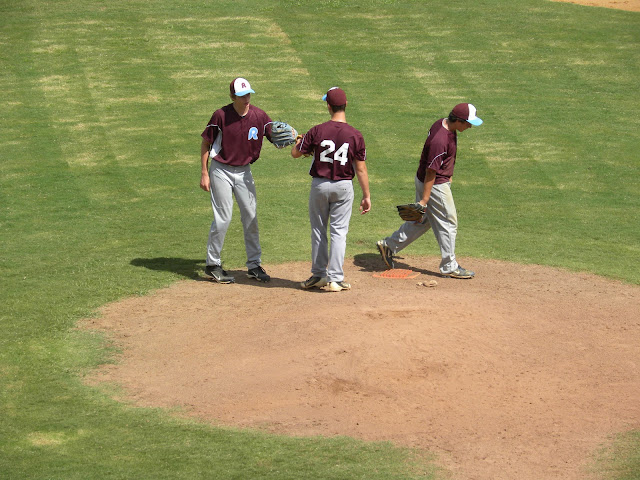 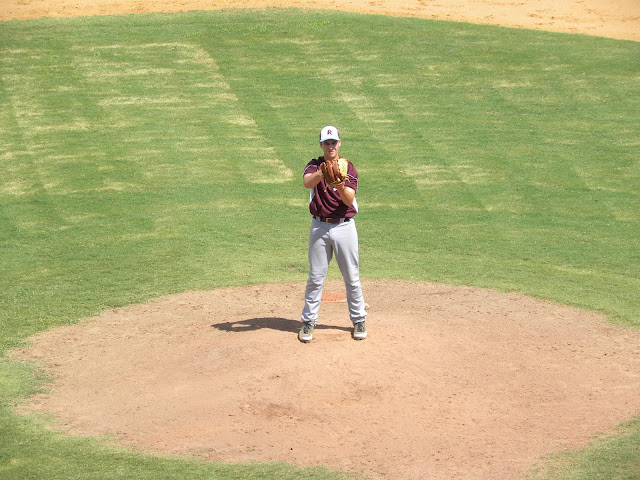 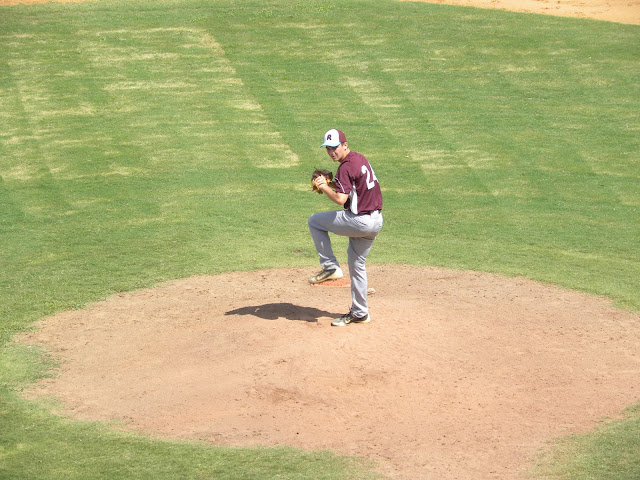 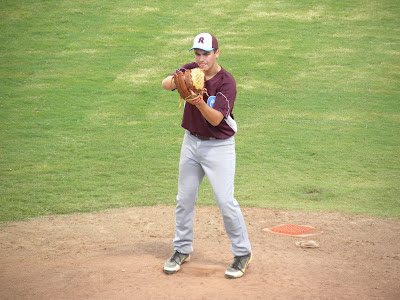 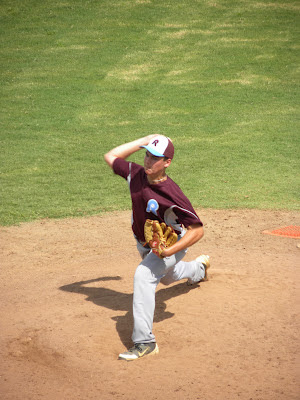 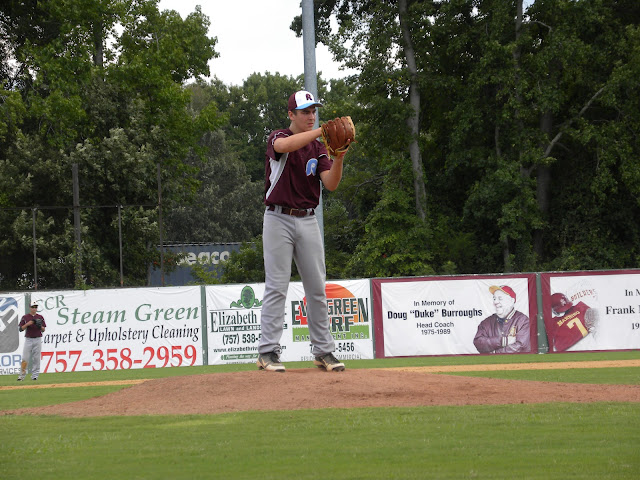 Still, this is the coolest stadium I have pitched in. The history itself was enough to sell it to me! Really cool that the coach gave me the opportunity to go out there and throw both days. I enjoyed it like nothing else, that's for sure!
Posted by Scott Hubbard at 5:45 PM 2 comments:

Playing on a field that Hall of Famers have played on...

Well today I had my first college showcase elite games for my new team! It was an awesome experience playing in front of scouts, and one that will be enjoyed ten more times for me this fall season around various colleges in Virginia. The experience of playing in front of scouts was amazing, but perhaps it was the charm of the stadium I pitched at that made it even better. It was an old stadium that was built in 1948 that underwent rennovations a while back for a minor league ball club called the Peninsula Pilots. The stadium has OBVIOUSLY been taken great care of as you will see in pictures below. It has seen some of the GREATS play under the lights there. For example, Johnny Bench, Johnny Podres, Satchel Paige (threw last pitch on that mound!), Lou Piniella, Gary Carter, Hal McRae, Julio Franco, Ryan Zimmerman, and many other MLB players have all played on this very field. It was unbelieveable to play on a field that has brought up so many legends...I mean, I pitched off a mound today that Satchel Paige threw his last pitch on! Wow, just wow...Here are some pics of the stadium and a link to a video about the history of the stadium. 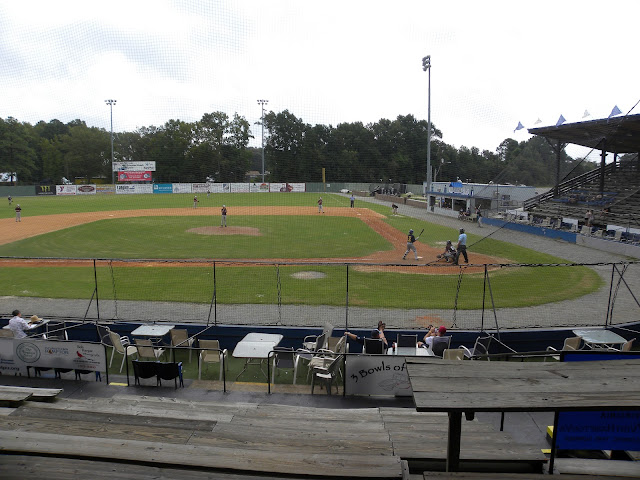 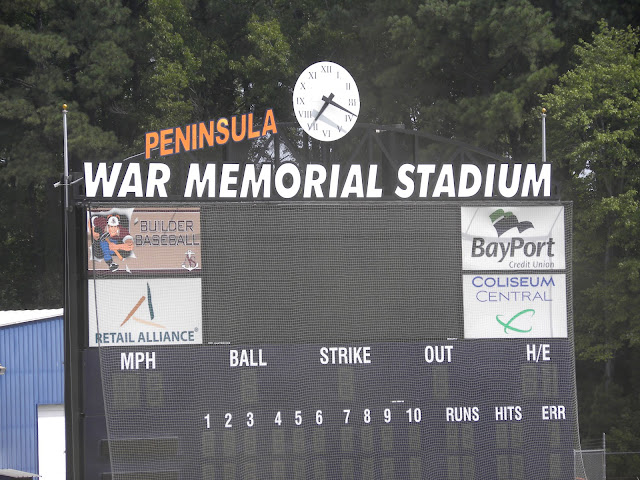 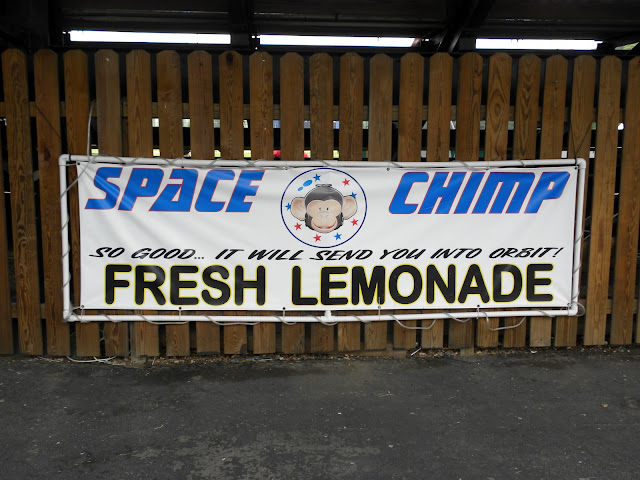 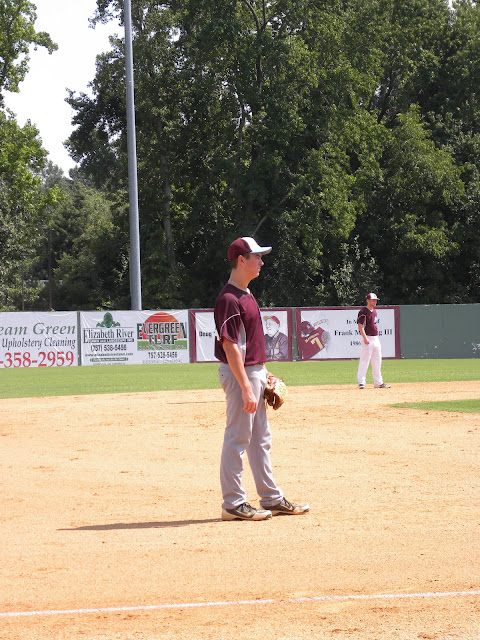 Standing at third base, where Ryan Zimmerman among other greats have played. 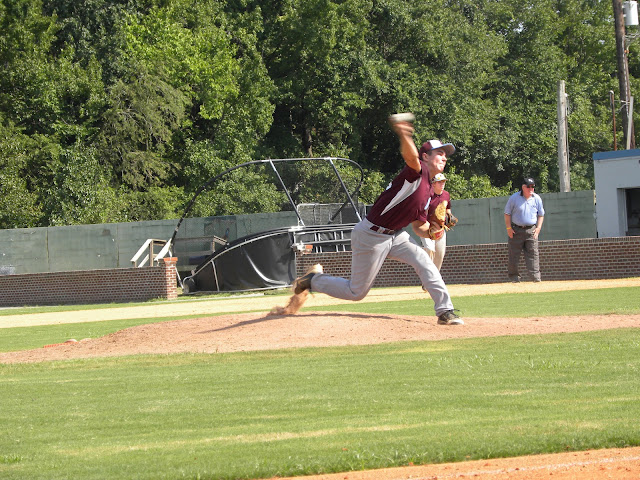 Pitching on a mound that Hall of Famers have pitched on...just AWESOME! 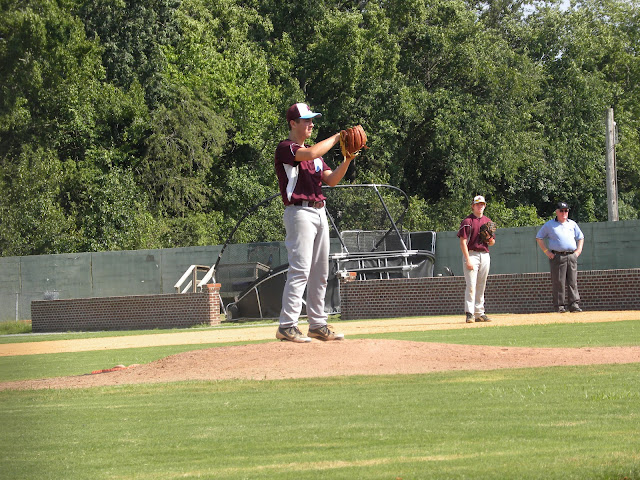 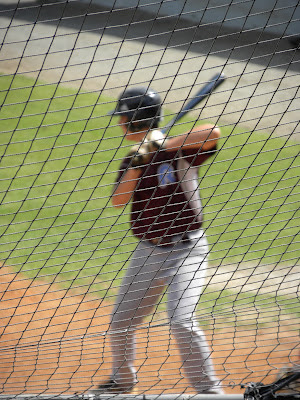 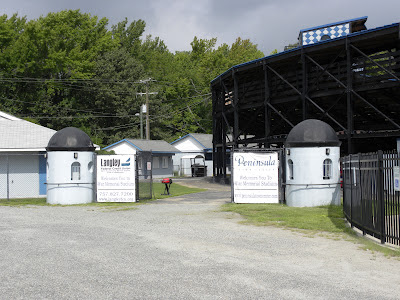 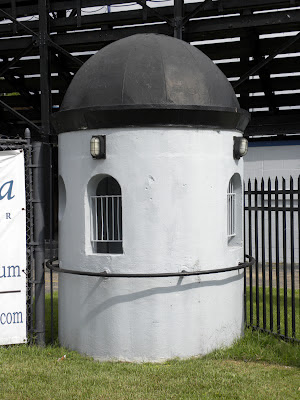 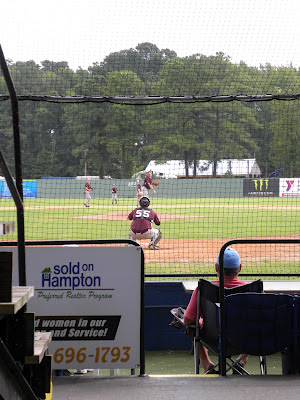 All in all this is just a wicked awesome experience for me. I'm pitching better than I ever have on a showcase team, and playing in front of scouts on a field used by some of the legends in baseball. How much more could I ask for? I even had a kid come up to me after the game looking for an autograph...I'll be playing here again tomorrow too! Well guys, hope you enjoyed! I will have more pictures tomorrow that I will blog. Until then, see ya! The link to this video on the history of the field is below.