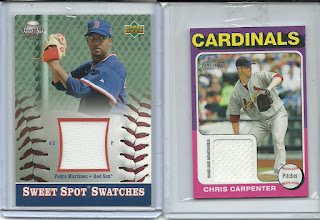 Here are two awesome relics I got from the trade I pulled off! Really awesome cards! 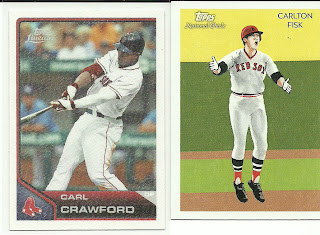 Here is a cloth sticker card of Carl Crawford, and a really cool Carlton Fisk base card 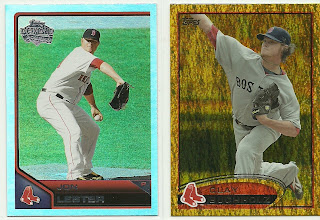 And to finish it off with the last 2 highlights, a Jon Lester refractor from Lineage, and a 2012 Topps gold variation base card of Clay Buchholz! Im really enjoying all of the extras too! Thanks Dodgerbobble!!!!
Posted by Scott Hubbard at 6:44 PM 3 comments: 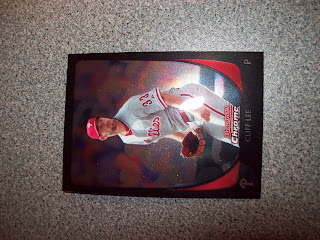 Finally got that Cliff Lee card back that I had sent off about 2 weeks ago. It had been damaged in the pack. But here is the new one! Looks good! Thanks Topps!
Posted by Scott Hubbard at 3:49 PM No comments:

A hit from K-mart! 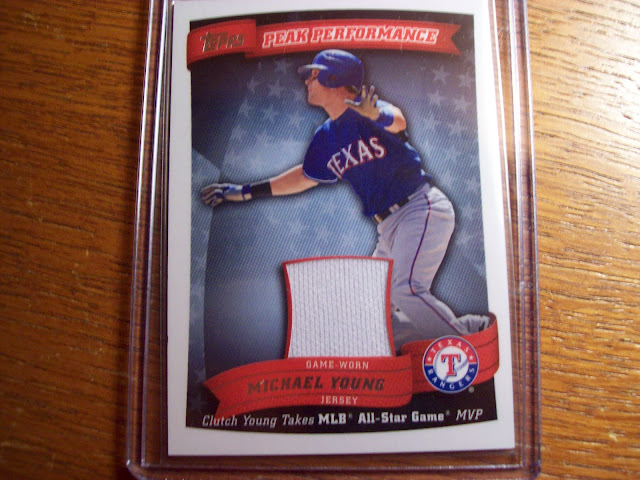 Stopped by my local K-mart just to see what was up, little did I know that the store is 5 days from closing! Found a hotpack in the clearance box. So I said, for a dollar, SOLD! 2010 Topps Series 1 pack. I got a Michael Young Peak Performance relic card, so not bad for a dollar. If you want to see what else I got check out the link below. THANKS!
http://www.youtube.com/user/baseball10182?feature=mhee#p/a/u/0/6fuT1mQOjCQ
Posted by Scott Hubbard at 3:39 PM No comments:

Displays for the man-cave! 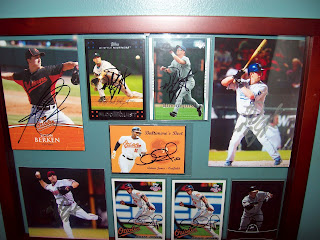 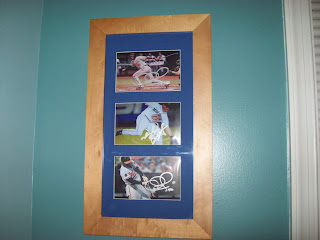 Well, I finally dedicated some time to displaying my recent pickups at the Adam Jones signing I went to! I think the displays look pretty sharp! Hopefully they stay that way! Anyways, this is a very awesome addition to my man-cave! You can never go wrong with filling up the walls with autographed cards and photos!
Posted by Scott Hubbard at 3:18 PM 1 comment: 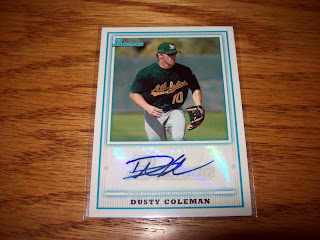 2 years ago, I was in Wal-Mart walking over to the card aisle. I rounded the corner, and opened packs were everywhere. Cards all over the floor. The man looked up from the packs he was opening and turned, he ran out of the store. The cashier a lane down saw what had happened and started to help me clean up the cards off the ground. She also called security to get the guy who had just ripped off an entire box of 2010 Bowman baseball. (or tried) The cards had fallen all over the floor when he ran. I knelt down to start picking up the cards, and I saw a glint of an Autograph sticker shine at my eyes. My hands went straight past all the other cards on the ground, straight to what I thought was an Autograph. I picked it out, and the lady had obviously noticed I was admiring it. When I was done helping her pick up all the cards, I still had the autograph in my hand. It was a 2010 Bowman Dusty Coleman Autograph. She told me, that since I had helped her clean up all the cards that had been scattered all over the floor, I could take the Autograph card if I wanted it. Obviously I didn't resist taking it, the Dusty Coleman Bowman Prospects Autograph card.
Posted by Scott Hubbard at 5:13 PM 1 comment: 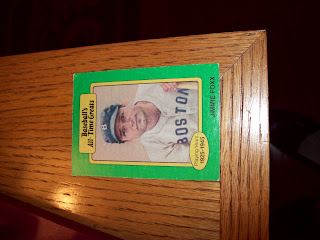 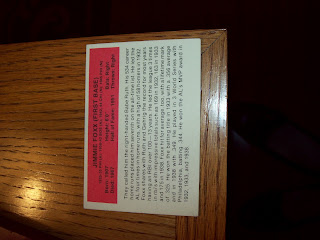 Who could tell me when this card was made, and by who? I found it in a pile of cards I had completely forgotten about! I know NOTHING about this card at all, aside from the fact that it looks relatively old.
Posted by Scott Hubbard at 7:10 PM 1 comment:

You guys can now check out the BEFORE and AFTER photos of the signing! More pics of the signing will be put up a little bit later! Thanks for following!
Posted by Scott Hubbard at 1:20 PM No comments: 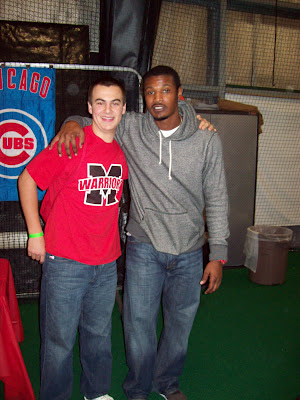 Adam Jones and I! If you have not already met Adam, you most certainly should! He was REALLY good with the kids and was very cool to talk and get to know! He is SUCH a character! Always smiling and laughing. I talked to him for probably what would equal 20 minutes over the course of the entire event. Very awesome guy!!!! Thanks Adam!!! 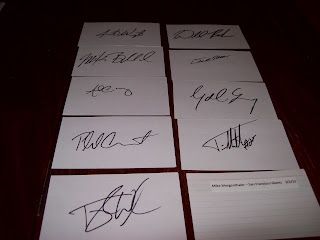 These would be my signed index cards, that I made for the smaller names in the major leagues! also really awesome guys! 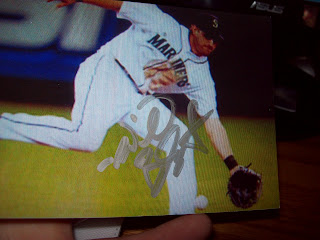 Willie Bloomquist was another player in attendance that was very awesome! He and I chatted it up for about 30 minutes! This is another guy you should also try to meet! Also wonderful with the kids! Thanks Willie!!!! 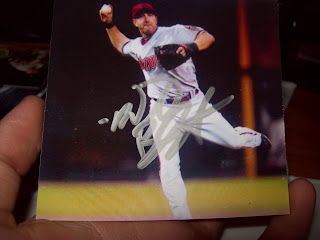 Adam Jones and Willie Bloomquist got a kick out of this photo! Adam had apparently been telling Willie that he didn't believe he had played shortstop in the Major Leagues. Well, I pulled this photo out and they both started laughing. This would be Willie playing shortstop! 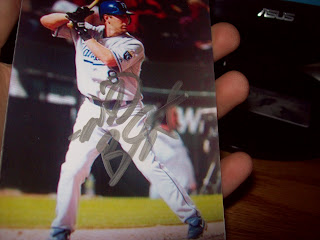 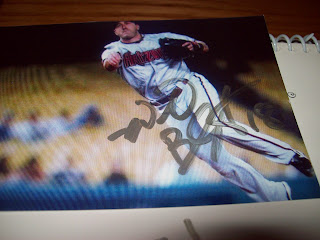 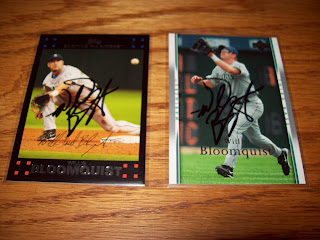 I had to dig around to find these Bloomquist cards! Look nice though! 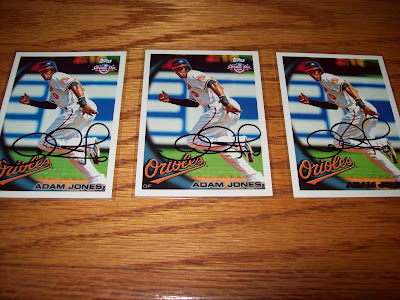 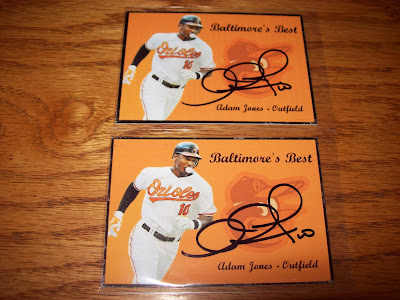 Customs that my friend Drew sent along with his trade! They look AWESOME!! I will be sending one of them back for his custom autograph cards pc! Adam said that he REALLY liked these! 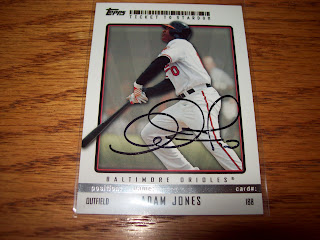 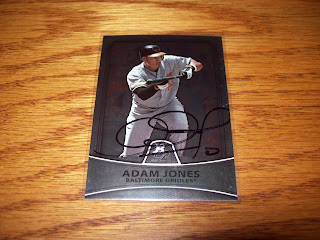 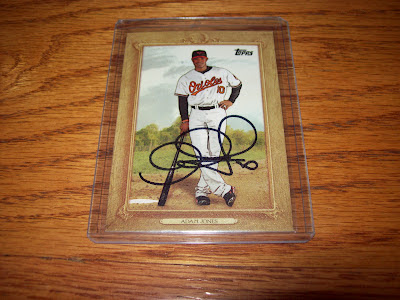 Is it just me, or does this Adam Jones card look SICK with this autograph???!!! (Turkey red autograph card) 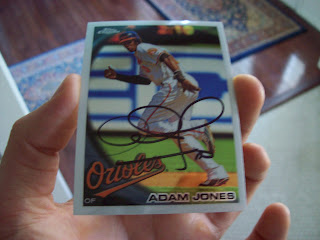 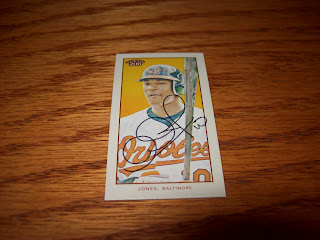 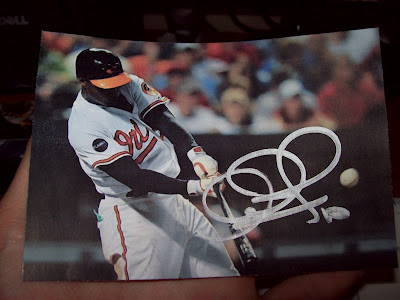 When I got this picture signed, Adam said....Do you think I got that one? (look at the ball!) That was good for a laugh! 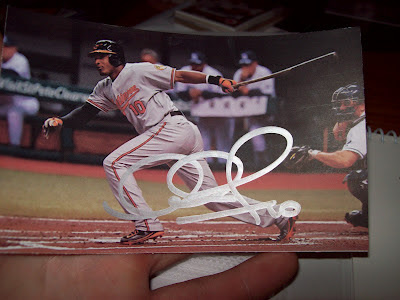 Another autographed photo from Adam Jones! I thought that the silver ink looked really sharp on the photos! 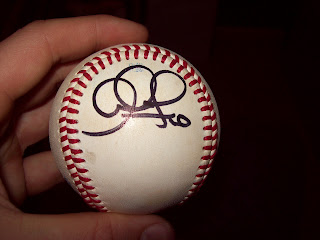 William, I believe this ball belongs to you! It was a pleasure man! Glad I could help you out! (Adam Jones autographed baseball) 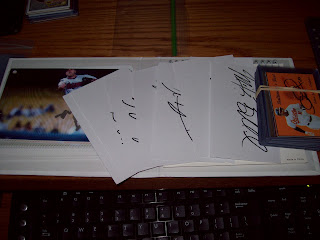 Altogether, this was an amazing experience! I will never forget getting the autographs, shaking hands, and taking pictures! I got EVERYTHING signed that I brought with me last night! Im so glad that these players are so dedicated to the fans! I can tell you for sure that Adam Jones and Willie Bloomquist are on my radar now! And to friends who I got something signed for, it was a pleasure doing that for you! Anyways, thanks to everyone who took the time to read this blog! I really appreciate it!