Wow, it has been a little while since the last time I have blogged...Don't seem to be getting nearly as much attention and hits as I am on youtube. I guess that's the way it goes though. I enjoy sitting down and blogging my stuff though, just fun to show it off to an audience who actually cares!

For those of you who don't already know, I have been dealing with the death of my Uncle whom I was closest to. He died of a massive heart attack at the age of 68...too young to die. He at least had 7 years of retirment under his belt though and had traveled across the country with my Aunt doing everything they ever wanted to do several times. So I can't say he didn't die without doing everything he wanted to do... he went to every State and National Park between New Hampshire and California, and even went to Sturgis for bike week.

Shoutout to my beyond amazing friend, William for sending a thoughtful card my way with prayers. That just about made my day William, much appreciated!

On a brighter note though, I have been buying, trading, and selling cards like crazy lately. I wanted to share some of my more interesting things with you guys. I'm not going to waste any time, so I will just jump right into it. There is some really cool stuff here I think. 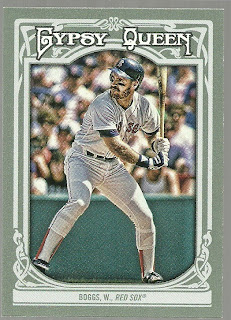 I have been digging the Gypsy Queen this year! really cool card design I think. 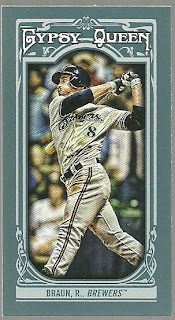 A short print mini of Ryan Braun. 1:24 packs I believe, so pretty cool. This next mini blows this one away though! 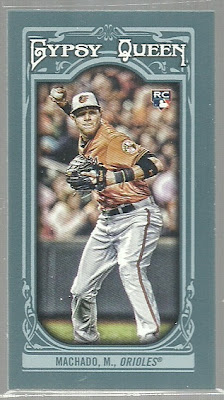 That's right, I pulled the Machado
mini rookie card! :D Manny Machado has been looking pretty good this year too, so a very nice card to have indeed. (William, for some strange reason I have an odd attraction to this card, so I hope you won't be offended if I hold onto it for now?) 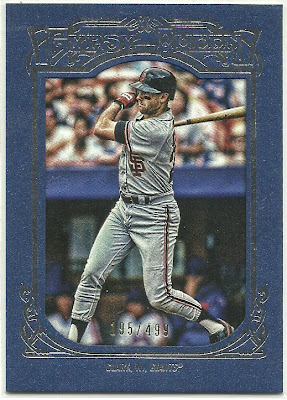 These Blue Bordered parallels look pretty sharp. This one of Will Clark is serial numbered 195/499 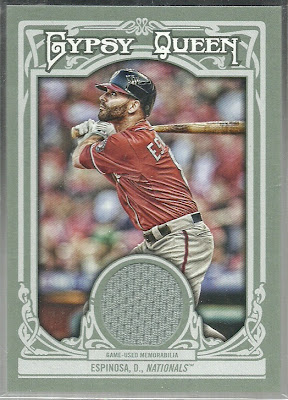 Yes, I do a little packsearching...Nothing new to you guys out there, but I don't do it to turn around and sell the cards like most guys do. I watched a video on Youtube recently about some guys driving around on what they called a "packsearching roadtrip". Get a life...lol But this Danny Espinosa relic card fell into the right collectors hands. I love Espinosa, as he is a hustle player and plays the game with a lot of heart. Can't ask for much more in a player! I thought the relic card design looks pretty awesome though! 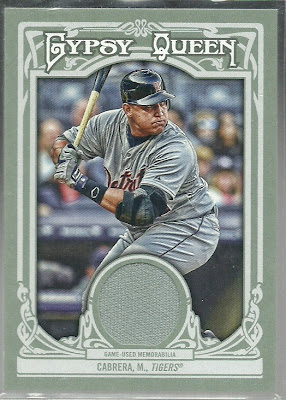 In addition to the Espinosa, I pulled this really cool Miguel Cabrera relic too! Definitely the better of the two seeing as he won the Triple crown last year. I really like this card, so won't be letting it go. 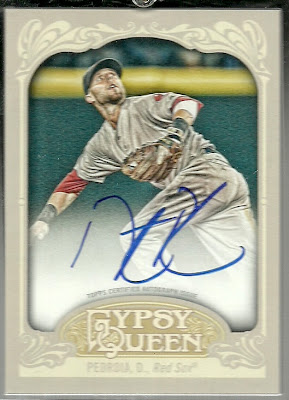 This is a REALLY crappy scan of this card, but it is a Dustin Pedroia autograph from 2012 Gypsy Queen I traded for on Youtube. It's a very sharp looking card, take my word for it. All I gave to the kid for it was a Robinson Cano All-Star stitches relic card from 2012...Can't really complain with that! Awesome on card auto! 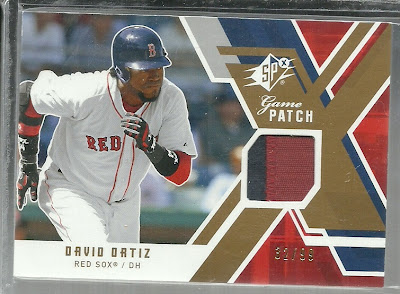 I just got this David Ortiz 2009 UD spx patch card in the mail today! Bought it off of COMC for an absolute steal. It is serial numbered to /99. Will definitely be doing business with COMC again. I had a very painless experience with them which is more than I can say about Ebay....
By the way, props for ortiz dropping the F-bomb on national television. Way to go Big Papi, that was just awesome! Glad to have Otiz back in the lineup this year. I'm going to really miss Otiz when he decides to hang up the cleats.
So that's about it for tonight, I will try and post some more box breaks and such on here when have time. Now that I have a job, I will have some more spending money for cards :) So long bloggers!
Posted by Scott Hubbard at 7:12 PM 3 comments: