Cards I have pulled from 2012 Topps Update series

So I have been buying cards like crazy lately, and I wanted to show off some of my better cards from the Update series from Topps this year. There is some really nice stuff in this product, and it's a great value if you buy it reatil. I have found that those $10 hanger boxes on the shelves have the best cards in them for your money. I tried a blaster, and pulled some decent stuff, but all you will see here is from 3 of those $10 boxes, a rack pack, and 1 blaster of 2012 Topps Update series. So lets get started!

Here is what I have for the gold foil inserts... 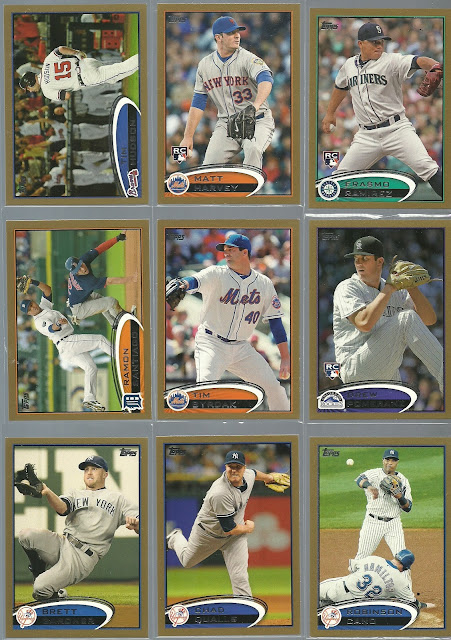 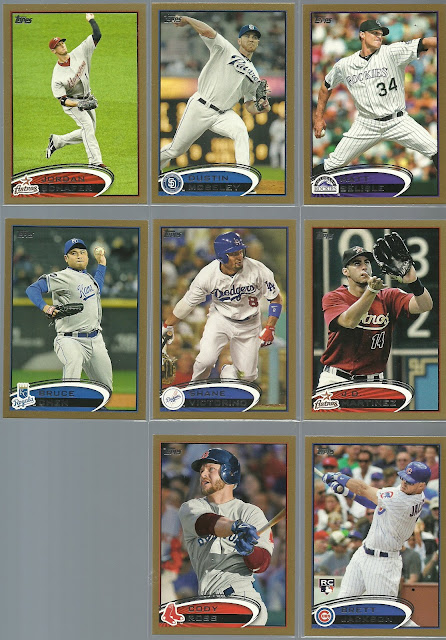 Well, I was wondering where all of those gold foil inserts had gone to! (were serial numbered on the back) They are back and in full force! Thank you Topps! This was a very nice surprise. 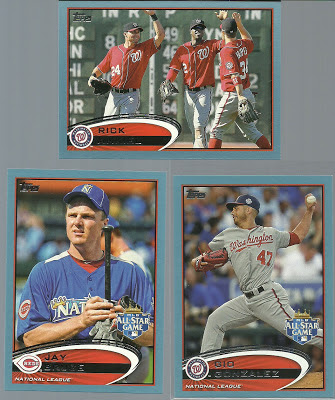 These were the better Walmart exclusive blue border cards I have...I like the Gio Gonzalez the most.

The better Golden Moments cards I got. The Ortiz is pretty sweet looking. 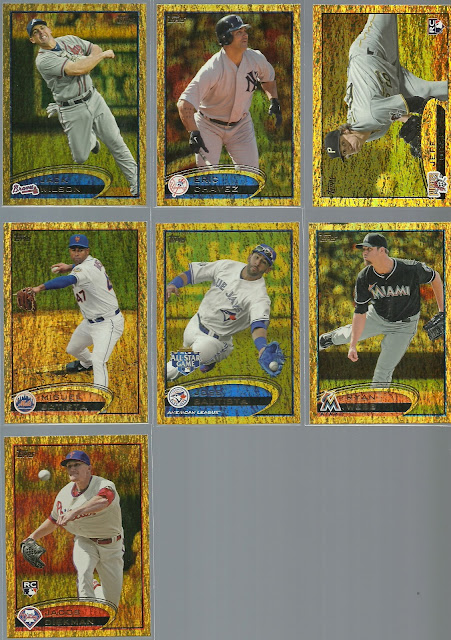 Ughhh these god awful diamond thingies...Bautista is the better of the bunch. 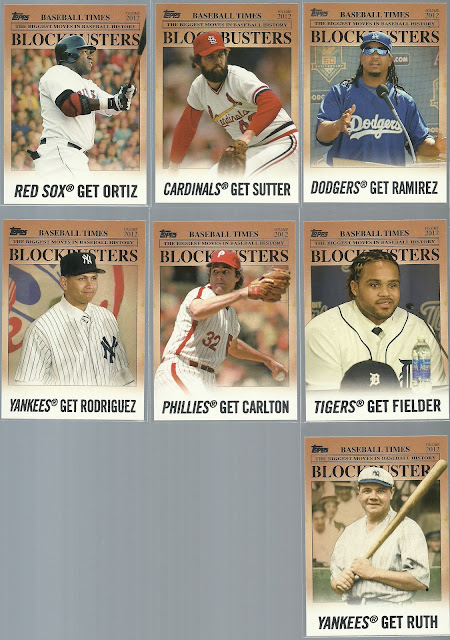 These Blockbuster cards are the new insert in this years Update series. I must say, I kind of like these! 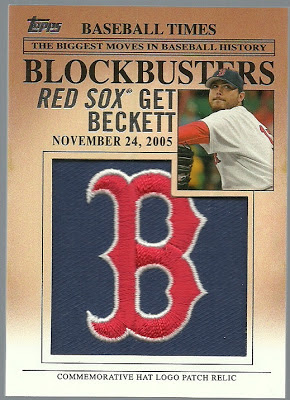 If you do get a blaster, the patch card is based on the Blockbusters insert card, looks pretty sweet! Beckett has since been traded to the Dodgers, but it was nice for the patch to be of a Red Sox player.

Some nice minis...I have two of the Lou Gherig if anybody is dying for one.
Here are some NICE random singles that I thought should have their own picture in this post... 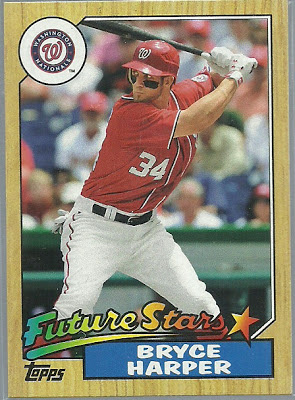 Don't even ask, this Harper is dear to my collection already and it won't be leaving anytime soon! I thought this was a nice card to pull retail, especially since I had been wanting one. 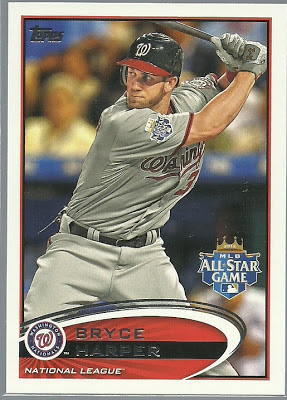 Pulled this one in the same pack. I am still looking for the Harper with the rookie card logo on it, so if anybody has the normal base and not the All-star variation, let me know and we can set up a trade! 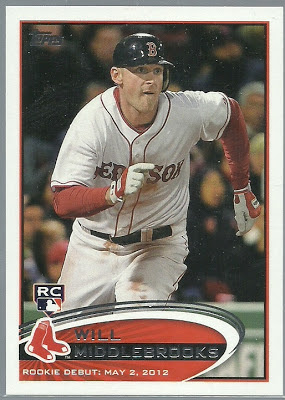 This Will Middlebrooks card is pretty nice I thought! Definitely will be holding on to this one. Any of you Yoenis Cespedes fans out there? I have two of these nice looking Cespedes rookie debut cards so hit me up with an offer and we can work something out! 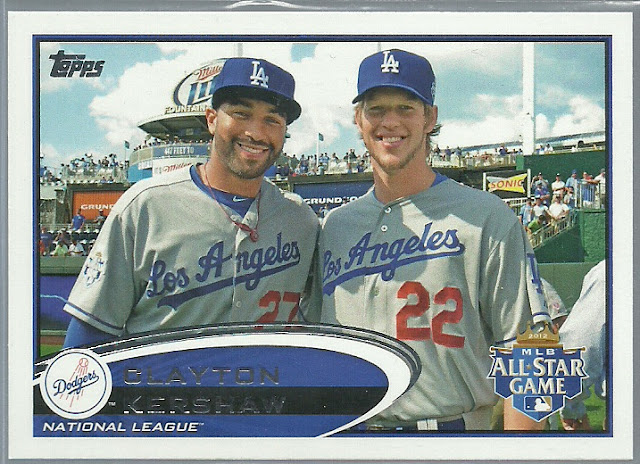 So out of two $10 hanger packs, I managed to pull two very nice short prints! This Clayton Kershaw is very nice!
The better of the two short prints is right below! 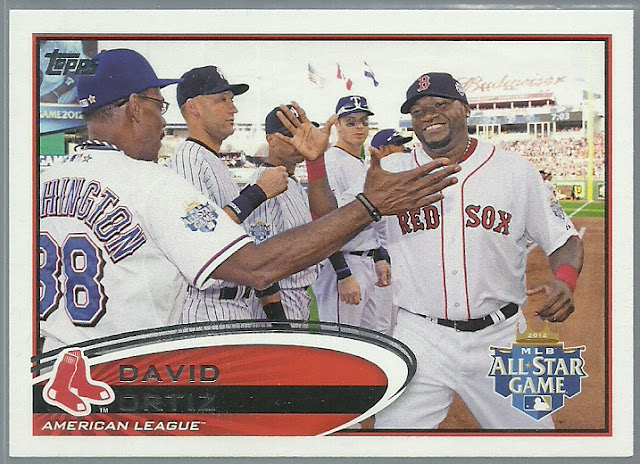 Nobody better than my favorite player, David Ortiz! This is by far the best card I have pulled reatil in Update this year. I thought the smile on Ortiz is priceless...
But that's not it! 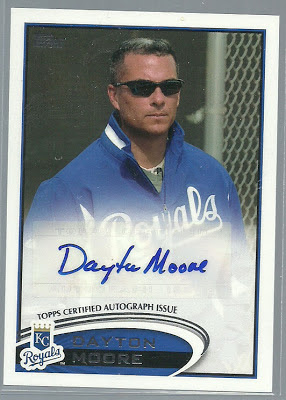 I pulled this Dayton Moore manager autograph from the first retail $10 hanger box I opened! Pretty nice to see some ink in retail! This cards odds are 1:190 packs.
So that's about it guys, I would definitely say buy the $10 hanger packs! They have great value and have TONS of inserts! I will do another post this evening for my Bowman Chrome stuff. I hope you all enjoyed!
Posted by Scott Hubbard at 11:28 AM 5 comments: